10 Hot Tech Roles and How to Get Into Them 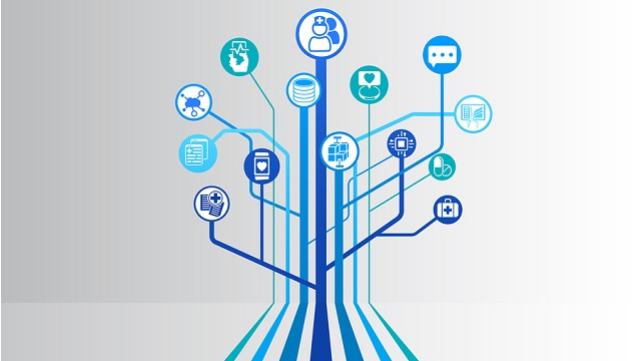 Once upon a time, cyber security jobs were a novel concept, little understood and assumed to have something to do with IT. Fast forward to the back end of 2019 and cyber security is practically a household name. In its evolution it has spawned its own brand of job delineations as new technologies have emerged, threats have intensified and the tools with which hackers attempt to pierce networks and systems become only more sophisticated.

So what are the hot jobs in the technology and cyber security space? One thing is for certain, the majority are closely linked by a demand for analytics skills and expertise.

Data and its relationship to modern day business has progressed to the point that nearly every company can now collect data, meaning they need appropriately skilled people to properly organise and analyse the resulting information. Cue the Data Scientists, individuals who are strong in critical thinking, persuasive communication and problem solving. They will look at the data and ascertain its impact on the business, as well as propose solutions to support the company’s progression.

The recommendation is to achieve a bachelors degree in IT, computer science, maths, physics or other related subject. Some employers will also expect a master’s in data or similar. Aspiring data scientists should also look for hands-on experience in the industry they intend to work in, whether that be business, healthcare or a more theoretical or academic area.

The first line of defence required to safeguard business’ products and services, security engineer jobs have only increased in demand. Experts in this field will be expected to understand the nature of the Internet of Things (IoT) security due to the inordinate number of connected devices and thus even more ways for hackers to infiltrate and steal data.

The CISSP or SSCP certifications are solid options if going through the certified path, following an MA or advanced diploma in Cyber Security. Professionals looking to explore cyber security engineering jobs should possess expertise in network administration, system administration and cyber analytics. Thus, IT or tech support roles are a good place to start as a hands-on platform to working in cyber security engineering.

AI and machine learning are just some of the emerging technologies associated with cyber security. They have exploded across the business world as companies look to streamline their practices and introduce automation as a means of increasing productivity. Thus demand is high for these professionals.

AI or machine learning engineers work with algorithms, neural networks and other tools to progress the field of AI. Jobs in this area typically require a bachelors degree in computer science, mathematics, information technology, statistics, finance or economics. The expectation is that you’re skilled both in programming as well as software development techniques and practices. Business savvy is also key, you need to be able to demonstrate a real understanding of your industry, this together with analytical and creative thinking, effective communication and problem solving are highly valued for AI and machine learning engineering jobs.

The average annual salary of an Artificial Intelligence/Machine Learning Engineer in the United Kingdom is £75,000, $121,863 in the United States and €52,154 in Europe.

A generalist role, the Full Stack Developer encompasses everything from front- and back-end development to the database, DevOps and Mobile App Development. Individuals who like to have overreaching control of the whole system will suit this type of role. Being able to master a range of skills, including knowledge of programming languages and their development frameworks, front-end technology like HTML5 and CSS3, and understanding the various facets that go into building an application are must-have components for Full Stack Developer roles.

A bachelors degree in computer science with a focus on software, business or engineering is a good place to start in addition to undertaking internships to gain relevant experience and also nurture connections for guidance and mentoring from experienced Full Stack Developers.

Probably more so than Java, Python has become the fastest-growing programming language thanks to its relatively easy learning path and has as a result spawned a large developer community. With the explosion in AI and machine learning technologies, more Python Developer jobs than ever are becoming available as businesses recognise the need for their unique skillset.

Used across a range of projects from web applications to data science and machine learning, Python requires an understanding of its frameworks and libraries as well as a fundamental grasp of front-end technologies including HTML5, CSS3 and JavaScript, as they’ll need to provide support to front-end developers. Saying that Python Developers mostly deal with back-end components. As far as skills go, while the technical side of things is important, so too is communication in order to keep discourse clear within your team as well as via the documentation you author so others can understand your thinking.

Python Developers will usually have a degree in computer science or IT, as well as a certification such as the CSSLP or other cert for secure coding.

The more organisations have replaced the old fashioned IT server, moving their data into the cloud, so the demand for professionals with cloud computing and cloud experience has risen exponentially. The cloud engineer is responsible for designing and maintaining the environments that sit in the cloud. So to all intents and purposes the IT administrator has become the Cloud Engineer.

Skilled in managing databases with the use of languages such as SQL and Hadoop, programming languages, with Python being a good universal option, as well as experience with architecting, designing, building and maintaining Linux servers in a cloud environment; the Cloud Engineer is also expected to have knowledge of DevOps as well as maintaining software quality assurance.

Aspiring cloud engineers require at minimum a bachelor’s degree in an area such as computer science, programming or information security. For some more senior roles a master’s may also be expected. As far as certifications, the CISSP is the most widely recognised qualification, and Amazon and Microsoft also offer their own brand of options with the AWS and Azure certifications. The Big four cloud platforms are Amazon, Microsoft, Google and Ali Baba and cloud engineers need to be experienced across one or more of these vendors.

Most likely coming from a background in development, scrum master jobs require individuals who are skilled in casting a holistic view across the various teams to monitor day to day operations in order that they might offer beneficial changes to the running of the organisation.

Some direct experience of working in a scrum master role within a software development team is highly useful in order to pursue this specific tech job so as to familiarise yourself with the core scrum principles, frameworks, theory and principles.

A certification for scrum master is the only way in to this profession.

Essentially the up-to-date term for programmer, the DevOps Engineer is your go-to person for all things software development. Founded on the concepts of development, testing and deployment, DevOps professionals must have a strong understanding of automation and the various tools that facilitate it.

Sitting in between the organisation’s developers and IT team, professionals who work in DevOps jobs will often come from a developer background. An interest in deployment and network operations will inspire a move into DevOps. Another route in could be from working in systems administration for someone with a passion for scripting and coding who wants to move into the development side of the business.

Those aspiring to work in DevOps should have experience with Linux, knowledge of a scripting language such as Python or similar, and understand infrastructure as code. They should also be able to negotiate and communicate effectively and listen just as well, be a keen problem solver and good with people. Another key point is to understand the concept of DevOps as being a bridge between the developers and IT team in order to best service the software they’re deploying.

As with many technology and IT roles, DevOps Engineers will have typically started with a degree in computer science, though many are also self-taught ahead of claiming the role.

As cyber-attacks increase and grow more sophisticated the demand for skilled DevSecOps engineers will only keep rising. Founded in the work of IT security, those hoping to work in DevOps or DevSecOps typically come from a career in IT. Sharing much in common with IT security regarding hands-on experience of cyber security software, threat modelling and risk assessments for the detection and analysis of threats; DevSecOps must also remain current on the topic of cyber security trends and practice strong communication skills as the area of DevOps operates largely on a collaborative basis. The use of automation tools is another key skill DevSecOps engineers should have in their arsenal.

It is common that those wishing to work in IT security will acquire a degree in computer science, or cyber security, maths, engineering or science. Practical experience on top of the academic learning is also hugely important. It is possible to enter the IT security field sans degree with the option of pursuing a practical industry standard certification. Microsoft, CompTIA, Cisco or CEH all offer such certifications. Furthermore, due to the integral role of secure coding practice in DevSecOps, understanding of one or more languages, including Ruby, Perl, Java, Python and PHP are highly important.

The person whose job it is to secure the cloud environment created by the Cloud Engineer or Cloud Architect, the Cloud Security Engineer plays a vital role in safeguarding an organisation’s data. A good fit for those with strong technical know-how, scripting languages like Python and cloud provider ecosystems like Amazon AWS, as well as excellent communication skills, problem solving and an understanding of the business.

Cloud Security Engineers usually need a bachelor’s and possibly master’s or advanced diploma in a subject like computer science, programming or information security. These can be followed by certifications like a CCSP or CCSK.