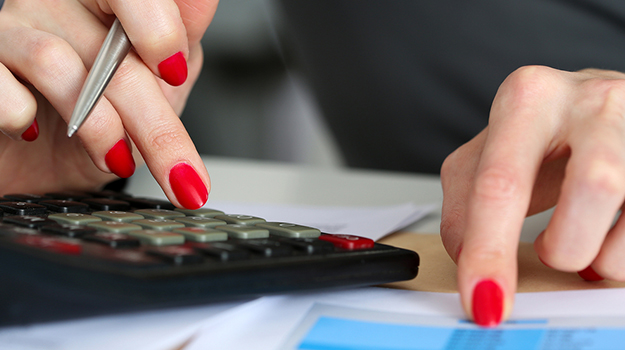 Cybersecurity, a sector of the technology industry, is at first glance a complicated matrix of codes and technical jargon inhabited by spec-toting nerds carrying laptops and is only accessible via male prerogative and gender-biased nepotism. At least that is, in some cases, the general perception and one the industry’s “spin-doctors” need to overturn if they are to make any headway in filling the increasing cybersecurity workforce gap.

The subject of gender inequality in a male dominated world is something that has posed a central debate in social consciousness since both sexes, reluctantly or otherwise, acknowledged that stereotypical roles casting women as homemakers and men as breadwinners was antiquated and just plain wrong. The recent cinematic offering of Hidden Figures, the inspirational story of three African American women making a revolutionary impact in the STEM sector, is just one example that shows why historically men are averse to the notion of sharing their workbench with the opposite sex and why, if not fuelled by the right motivation and support, women are reluctant to pursue those typically male professions.

Cybersecurity is one such profession, and in the current digital age where breaches occur all too frequently, it is one of the most important. With technology an integral part of essentially every industry, from healthcare and education to finance, government and entertainment and sensitive data needing protection across all those and more, the need for qualified cybersecurity analysts is only becoming more pertinent. With the workforce shortfall expected to reach 1.8 million by 2022, according to The 2017 Global Information Security Workforce Study, and less than 15% of cybersecurity positions held by women globally, the longer the industry takes to redress the gender balance the more dire that talent deficit becomes.

While image may be in part to blame for the lack of female cybersecurity professionals, so too is the lack of understanding about both the profession itself and the possible career paths available to both men and women. The assumption that only a technological background can serve as a platform for a career in cybersecurity is in fact a misnomer with some candidates coming to the field from professions as arbitrary as botany. The point is that though, as a woman in particular, you may have first entered the working world via a gender-stereotypical role, you shouldn’t let that stop you from pursuing an interest in something more technical.

Named one of the top women in cybersecurity, Ann Barron-DiCamillo, VP of Cyber Threat Intelligence and Incident Response at American Express, advises those interested in a technology career to welcome new work opportunities and experiences with open arms. Choose your workplace carefully, because you may start on reception but with application, self-education and training you could be in a whole other role down the line. Listing the five foundations towards becoming a skilled cybersecurity professional as an understanding of computer basics, Linux, Windows, Programming including Python, HTML and Java as well as security basics that cover everything from buffer overflows to the basics of finding anomalous network activities, the point Barron-DiCamillo is making that anyone can start anywhere without it impacting your ultimate passion.

Fellow female cybersecurity trailblazer, Donna Dodson, Associate Director and Chief Cybersecurity Adviser at NIST (National Institute of Standards and Technology), notes that having the right mentor is essential to making it in the cybersecurity industry. From valuable industry insights to important networking opportunities, having someone in the know and on your side is without question a necessity, especially for a woman wanting to stand out in a male-oriented sector.

As for why women are critical to the future of cybersecurity, Dodson asserts it has everything to do with diversity which of course comes down to the very fact that men and women think differently. Far from being something misogynists should shy away from, the diversity offered up by a more balanced cybersecurity workforce will create more solutions, more creativity in tackling hackers and more hands on deck to reduce the risk of cyber-attacks across the board.

There are organisations, competitions and initiatives that have been set up to redress the gender imbalance across the information security sector, aiming to promote cybersecurity jobs to women via opportunities designed to showcase skills and marketability from school age. Competitions in particular expose young women to relevant activities that align with real-world problems organisations are facing in cybersecurity. Not to mention affording them the opportunity to gain rare experience securing a variety of systems as well as observing malicious attacks in real time which in turn gives them insight into the clues they should be looking for to find and eliminate hackers.

As the talent deficit continues to be synonymous with jobs in cybersecurity, now is the time for women to step out of the shadows and become a force to be reckoned with in STEM roles.