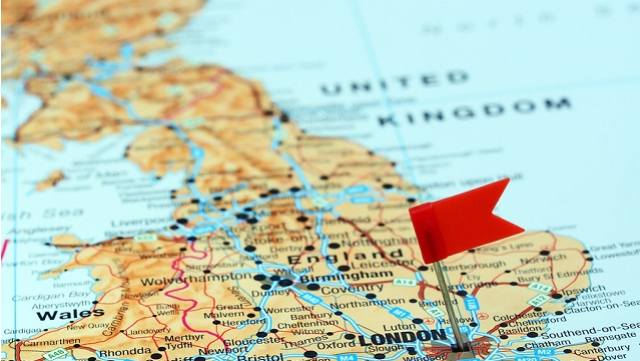 The fall-out from Brexit truthfully still remains to be seen, an outcome that could take years before the proverbial mask is lifted, however UK businesses are putting measures in place in the aftermath of Article 50 being triggered. For the UK tech sector, and cybersecurity in particular, Brexit poses merely another issue to the overwhelming skills gap afflicting the industry with vacancies for cybersecurity jobs in the UK at a critical level.

As immigration laws grow tighter regarding Tier 2 sponsorship and visa restrictions and home-grown talent falls short of meeting employer demand, the UK is one of the third largest contributors to the global cybersecurity skills deficit. Thus it is more crucial than ever for British cybersecurity candidates to upskill in the relevant areas necessary to boost Britain’s cyber defence force.

A good place to start is cloud security, as it proves itself the fastest-growing sub-sector in the UK with more and more organisations moving their systems and sensitive online data over to public and private clouds. Though equally important, and one recruiters in particular are prioritising when making placements, is network security skills. As newsworthy data breaches continue to occur, Wonga and Yahoo merely two rather significant recent examples; the realisation that existing network firewalls need to be made more resilient in order to protect the sensitive material stored within their virtual walls, calls for experts in this area to step up to the plate.

Penetration testing, also known as ethical hacking, is another area of demand in the global effort against cybercrime. Candidates seeking cybersecurity jobs in the UK, and elsewhere, would be wise to train their analytical thinking into mimicking that of a hacker in the pursuit of security vulnerabilities. Utilise the same tools and methods as hackers, such as phishing campaigns and social engineering techniques to slip through a company’s defences because it is only in identifying those danger areas that their protection and fortification can be assured.

What is clear at this point is that the larger organisations are seeing more of the brunt of Brexit as they endeavour to supply forecasts and plans for the future to give some long-term security to stakeholders and clients. In an uncertain climate those predictions are near impossible to quantify, which has led to a number of enterprises, HSBC and UBS included, anticipating the possible relocation of around 1,000 jobs to Europe to combat the eventual fall-out of Brexit, whenever that manifests.

Meanwhile, smaller businesses are in a relatively enviable position in their ability to adapt in real-time and address the issue of relocation as and when it arises, without the pressure to make advance forecasts. Cybersecurity start-ups in particular are attracting big investment from the US especially, with companies such as Darktrace, ZoneFox and Garrison Technology among the entrepreneurial creations whetting investors’ appetites, raising £50m, £3.6m and £12m respectively. In fact, this emergent start-up ecosystem could see the UK catching up to the likes of Israel and the US as an equally-footed innovator in protecting the digital frontier from cybercriminals.

As a candidate looking to broach the subject of cybersecurity opportunities in the UK, targeting start-up companies could pose a lucrative stepping-off point. Designed to bring new concepts and unique ideas to the problem-solving table with regards the issues affecting big technology, start-ups offer the perfect platform from which to generate the new and radical approaches so desperately needed in the cybersecurity space.

So as Brexit divides British business into two camps, with one intent on business as usual and the other pre-empting an acrimonious divorce between the UK and the EU; the British tech sector is trying to remain as neutral as possible in its efforts to focus on what is important, which is keeping British data as safe as houses.